Shortly after the release of The Artificer Returns, we ran a survey asking D&D fans some more general design questions than you get from the typical Unearthed Arcana survey. Here’s the results!

We asked some top-level design questions based on some common topics that arose in Artificer discussions.

The Artificer’s flavor is driven by its tool proficiencies, since it uses them to cast spells and interact with the subclass features. Yet, the Artificer’s subclass (and therefore main proficiencies) come online at level 3. This causes an incongruity between the flavor and the design for the first two levels. Mechanically, since the Artificer gets a skill proficiency at level 3 via its subclass, it’s a potential trap feature.

One way to remediate these issues is to accelerate the subclass to level 1.

There’s pretty solid support (40%) behind accelerating the subclasses to level 1. It’s certainly not a majority, though inertia can play a part in these things. I wonder what the percentages would look like if the initial design had the subclasses at level 3.

People don’t think all the Artificer subclasses should be pet-based.

This is not saying that any of the subclasses are or aren’t pet-based. Opinions certainly differ as to whether Artificial Mind is a pet. Alchemists and Battle Smiths are inarguably pet-based–there’s a stat block. Artillerists don’t get a stat block, but you can make the turret a stat block (or download this free one I made).

With 3 out of 4 subclasses leaning on pet mechanics, these results are pretty instructive in terms of developing future classes and evaluating the ones being playtested. Pets are fun. We definitely want them. But we should apply them judiciously.

They nailed it. Half-caster with cantrips plays great.

A strong majority likes the half-caster with cantrips. There’s a small slice that wants a full casting Artificer, but not enough to consider any changes. 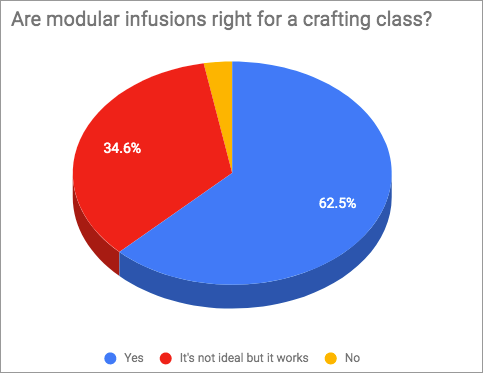 I’m assuming that the majority of dissenters here prefer a more robust crafting system. The problem is, that level of crunch is not really 5th Edition’s style. I doubt we’ll get anything deeper than what we got from Xanathar’s Guide to Everything.

A common complaint was that levels 7 and 11 were “dead levels” that didn’t provide a real boost.

It turns out about 1/3 of players felt that an extra infusion and spell slot is a dead level. Far from a majority, but enough to raise a red flag.

The Artificer is a victim of its own spellcasting flexibility. The ability to select any spell from your class list means that you don’t have the good feeling of learning a new spell, as you might get with some other spellcasters. As a result, even though getting an extra spellcasting slot for an Artificer may be more powerful, it feels like a less significant change.

We also took some more standard metrics that you see in the surveys. Here’s the usual 1-to-5 rankings for the base Artificer class and its subclasses. The score at the bottom is the weighted average of the votes. 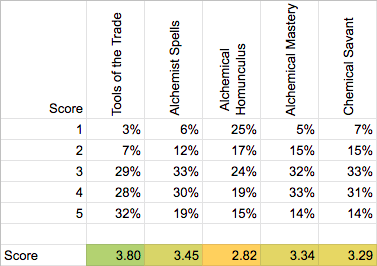 One thought on “Artificer Survey Results” 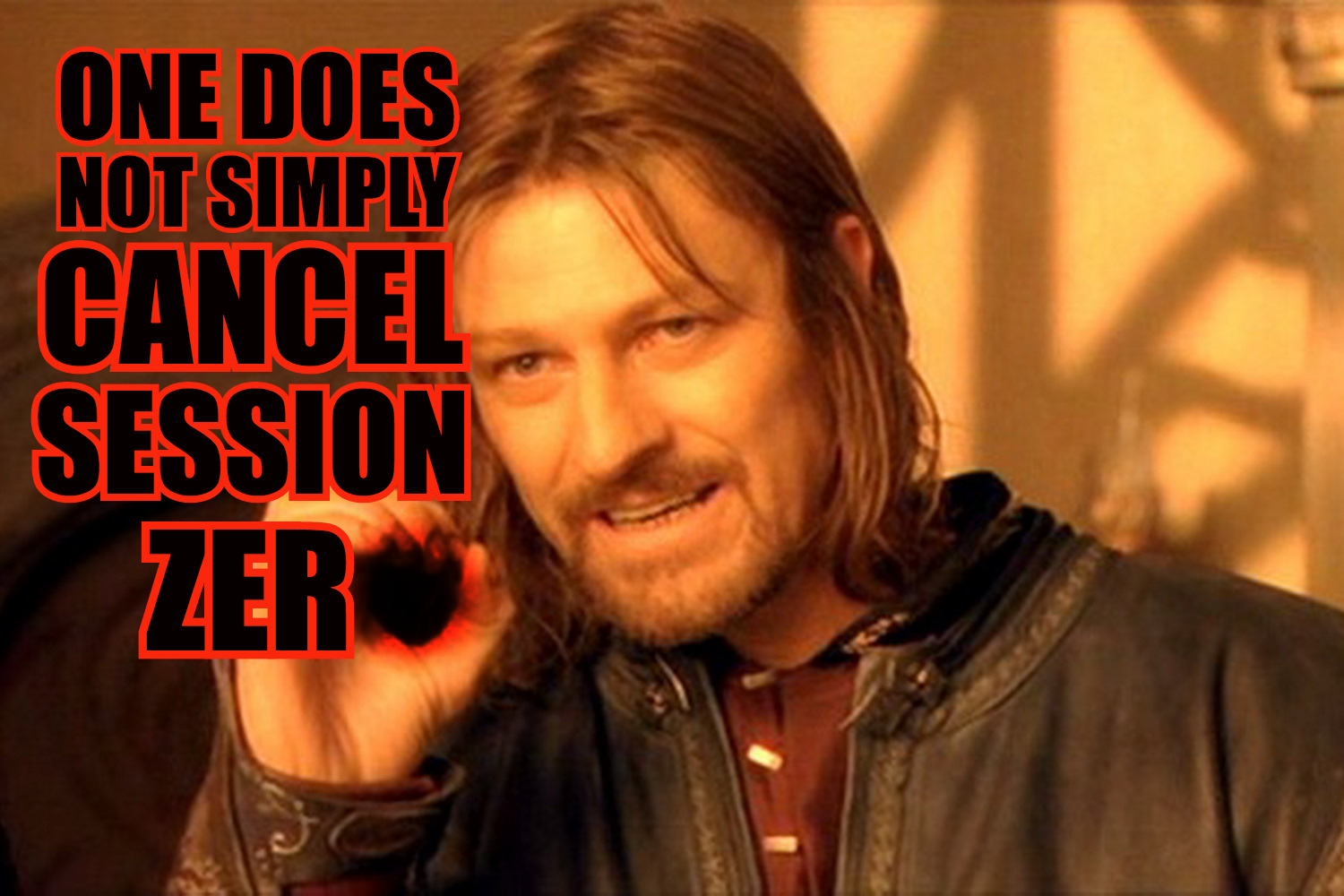