There’s an insidious notion flying about RPG circles that a DM should “tell their players” before the session if an insurmountable threat will appear in pursuit of a predetermined narrative. This spoiler strategy is disguised as a safety tool. But, it’s just bad practice.

There’s plenty of ways to telegraph threats while sharing the table with your players.

Like every RPG blogger, I’ve written on the railroad vs. sandbox. As with most things, the truth often lies in the middle, and we run into problems at the extremes.

If your railroading is so bad that you need to “warn” your players ahead of time, you have stolen their agency. Put down the dice and write a book. Otherwise, share the story. You are not the only player at the table.

Spilling the narrative is not a safety tool. Even if it were, it would be a bad one.

You should be covering safety tools in session 0. Use a consent form (infinite thanks to Shawn K. Reynolds and Shanna Germain) to figure out what mature topics are acceptable to your players. If you get to session 18 of the second arc of your campaign and you get the itch to do something that would be emotionally harmful to any of your players, just don’t. No advance warning will change that.

Note that the possibility of character death is a function of D&D. It’s something that will be present during nearly every session. If you find out during session 0 that character death is not suited to your table, consider exploring another system.

From time to time, the players will come across something that’s beyond their capability (or even just a little nasty). That’s not railroading. That’s a function of the fantasy world. Here’s some ways you can show your players what’s coming:

More is Better. The longer you describe something, the more gravity you give it, because you’re dedicating the entire table’s attention to it. Never say the name of the monster! Look at the picture and just describe it in the most vile, intimidating, creepy, or cuddly way you can.

Big Words. This is your chance to dust off that obnoxious, baroque diction that only earns eye rolls in the real world. Any time the table hears a word you’ve never said before, they know it’s serious. A bad guy’s sword that has “filigree” always does more damage. A “corpusculent” descriptor will have the party pinching their nose. Worst of all, imagine a creature who is “moist”!

Use the Senses. As with environments, make sure your creature descriptions leverage all the senses. I call this the Hotel California Rule.

Build an ominous sense by describing environmental effects before the appearance of the threat. The ground quakes (as a purple worm burrows towards the players). The sun is blotted out (by a massive swarm of stirges). The wind whips around you (underneath the massive wings of an ancient dragon). And scariest of all: silence.

Lair information is invaluable for flavoring omens. If your creature doesn’t have a lair, figure out what environment they’re in and read up on an appropriate dragon.

Actions speak louder than words. You can tell your players how big and scary something is, but it helps a lot more to show them.

For some creatures (Roper, Piercer, Gargoyle, Scarecrow, Animated Armor), the fun is the surprise. It’s not D&D unless the party has a healthy distrust of cave structures and inanimate objects.

For everything else, it can feel a bit unsporting. So, have it happen to someone else first! Here’s a few classic examples:

Medusa. Before encountering this snake-haired vixen, the party comes across a room of extremely realistic statues in various states of flight and anguish. A telling indicator of the effect of her petrifying gaze.

Rust Monster. The creature can be found in an arsenal, having chewed through most of the stock. Characters wearing metal armor or brandishing metal weapons can see what the creature is feeding on.

Giant. The party encounters the giant in the midst of a skirmish with a local guard or mercenary company. The giant steps on one of them and eliminates them from the battle in one fell swoop. This shows the players the degree of danger before they engage.

Lich. If you survived all those traps on the way through the tomb, it should be clear what kind of unsporting opponent you’ll face at the end.

Kraken. The sea swirls about in a massive maelstrom larger than the party’s vessel, hinting at what might lie beneath if the party is not to change course.

Tarrasque. If the size was not an indication, its rampaging through the town should be a clear indicator of its destructive capability.

There’s no reason you can’t tell your players that a threat is insurmountable! If you feel that you lack the skills to convey the level of threat, you can always punctuate your description by telling the players: “There’s no way you can beat this thing.” Just don’t ruin the surprise by doing it early! More importantly, don’t use it as a narrative device to get your desired end.

If you want your players to do something, convince them. You can’t threaten your players into compliance with a big enough threat. FBI interviewers are so effective because they establish a communication with the subject. If you correctly explain the circumstances of the narrative, you can express to your players how their most favorable route is compliance. Be sure to follow your session 0 guidelines when building leverage against PCs.

If you found this content helpful, please consider supporting the site on the ThinkDM Patreon. Thank you for reading! 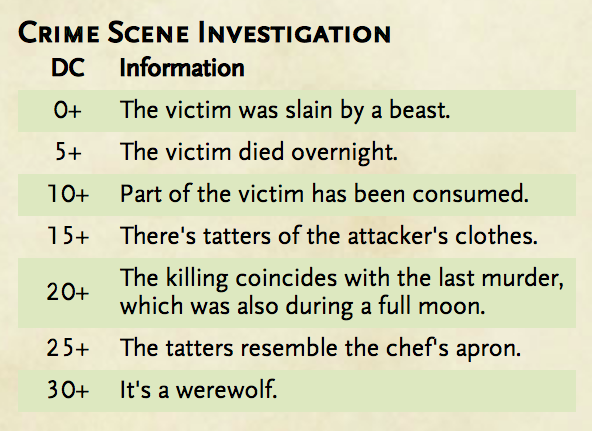 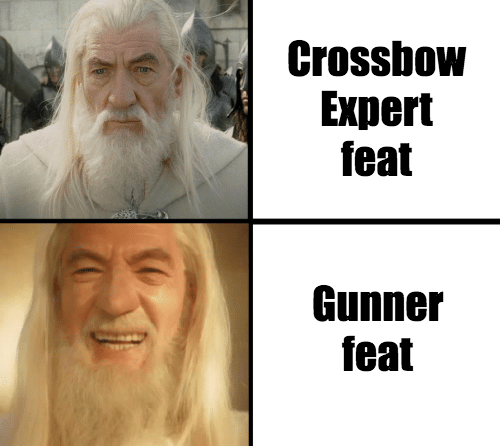