While exploration is one of the Three Pillars of Adventure in 5th Edition Dungeons & Dragons, the rules provided in the core rulebooks are more abstract than mechanical. The mechanical rules are now on the horizon.

I asked D&D Franchise Creative Director Mike Mearls about improving travel rules in his December 2017 Reddit AMA. He suggested travel rules should be updated to match how players actually think of travel:

On December 27, 2017, Mearls tweeted a sneak peak of a first draft for his personal game. We just received the first official playtest draft of the travel rules in the February 2018 Unearthed Arcana.

The new and improved travel system must address the following:

The “Into the Wilds” Unearthed Arcana outlined the following rules: 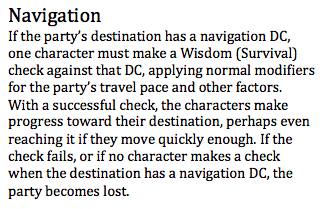 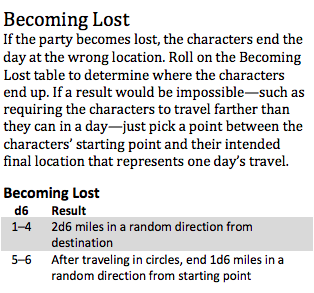 The designers (presumably Mearls) did a good job of hitting the four points of travel design philosophy. I appreciate how this release contextualizes existing rules. Travel time has a strong mechanical outlay in the Player’s Handbook. While the Dungeon Master’s Guide identifies monsters by environment, Xanathar’s Guide to Everything really brings it home with regional tables to roll on. The new rules finally start to put these elements together.

As with anything (especially 5th Edition D&D), the rules beg us to go farther. I chewed on them a bit and came up with this: 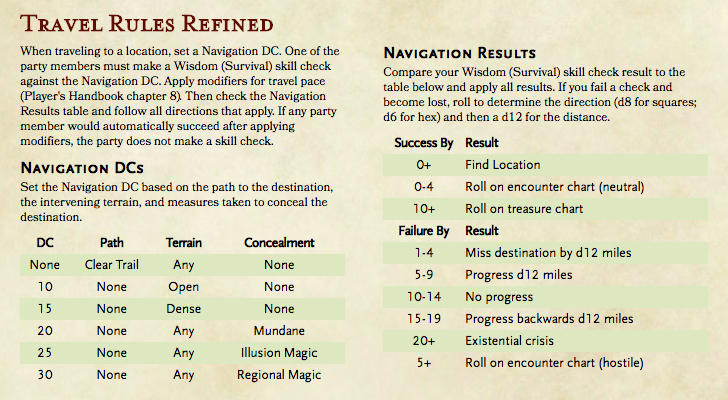 You may have noticed the big change–I folded Getting Lost into the Destination DC. Then I jammed Encounters in there too.

I didn’t like how a failure dumps you into another d6 table that’s not very exciting. There’s only two results! And they’re not very different. While you could try to remedy this by making the d6 results more exciting, I’m more inclined towards simplicity.

Let’s just build those results into the initial d20 roll. Depending on how your result compares to the DC, that’s how far you are from the intended result. Narratively, I like how the degree of your misadventure ties to your survival skill check. I’m all for rolling dice–I’m more for making the dice we roll mean something.

I like how they implemented the “lost” distance by using 1d6 or 2d6. This is convenient because daily travel distances are broken into multiples of six: fast (30 miles), normal (24 miles), slow (18 miles). I swapped this for a d12, which still caps at half a normal travel day of “lost” distance, but it’s a little more swingy (whereas 2d6 would skew towards the center). Do whatever feels right for your group.

The Unearthed Arcana makes an odd reference to “applying modifiers (to Survival checks) for the party’s travel pace and other factors.” Unfortunately, this doesn’t really make sense. The Rules-As-Written (“RAW”) only provide for a disadvantage to passive Perception when traveling fast; Survival is not mentioned. The only way your Survival check will be impacted is if you’ve been traveling at such a pace to accrue exhaustion.

But there’s something there, isn’t there? You aren’t noticing your surroundings as well if you’re moving fast. The Perception penalty represents that the players are more likely to be ambushed because of that fact. Perhaps there should also be a Survival penalty when moving fast, to represent the increased navigation difficulty. I’d consider toying around with it, at the risk that you’re going to be penalizing fast movement too heavily. If you really hate spending the time to calculate different movement distances, get punitive.

Find some way to differentiate successful encounters from failure encounters.

Note: Depending on the Navigation DC, your likelihood of encounters will vary. If you want closer to a 50/50 chance for encounters, roll for an encounter when the Survival roll is odd or even.

2 thoughts on “Travel and Exploration Rules” 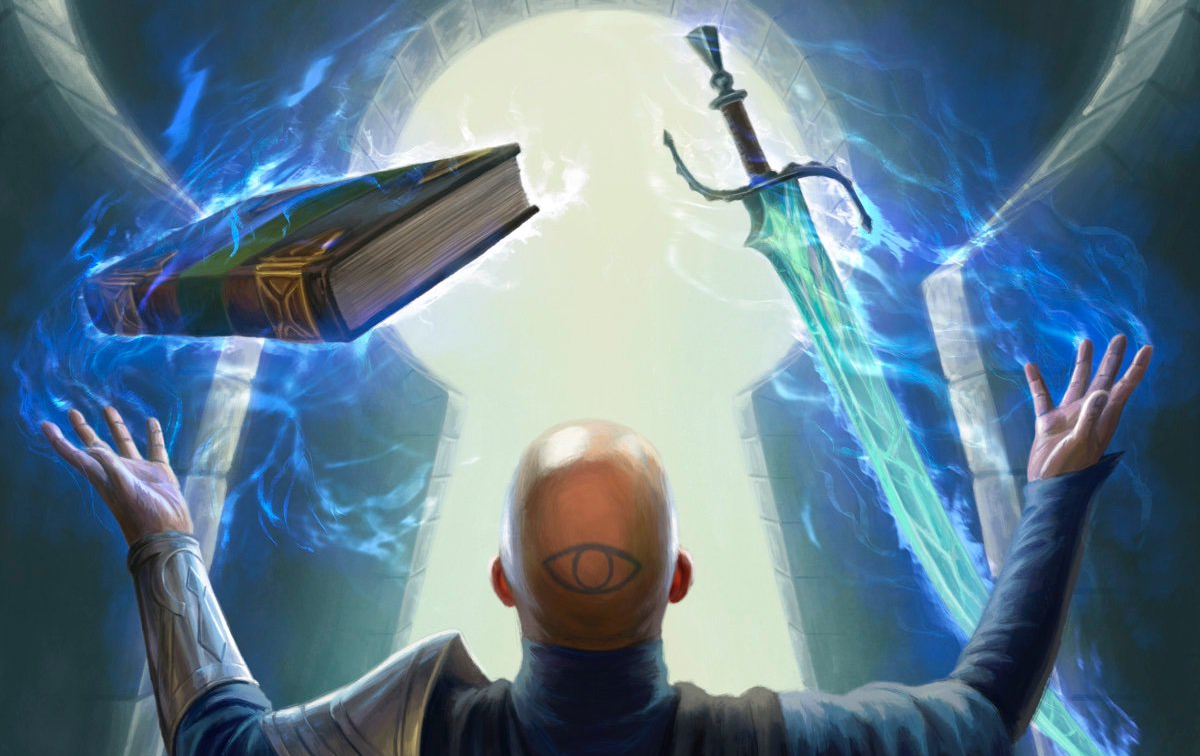 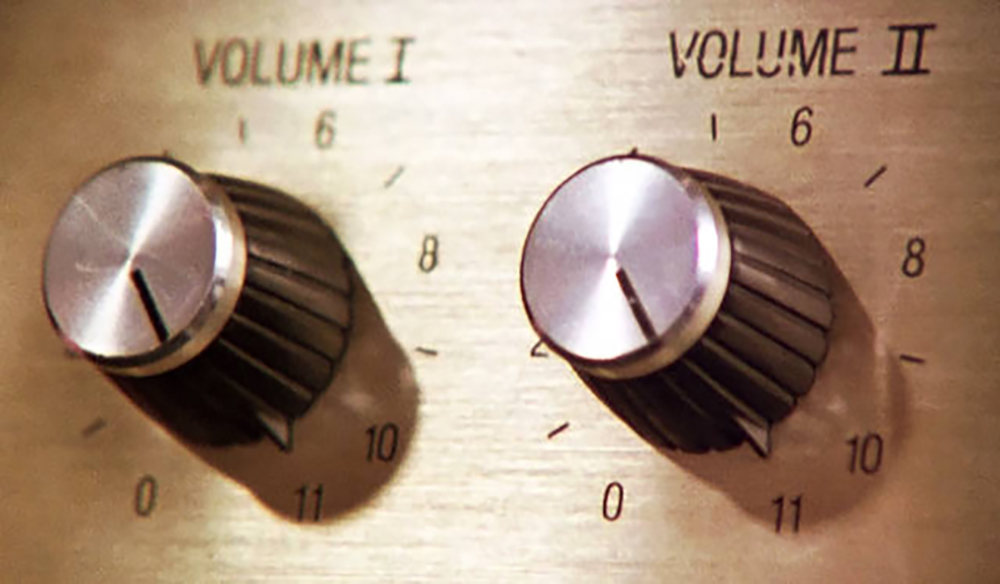 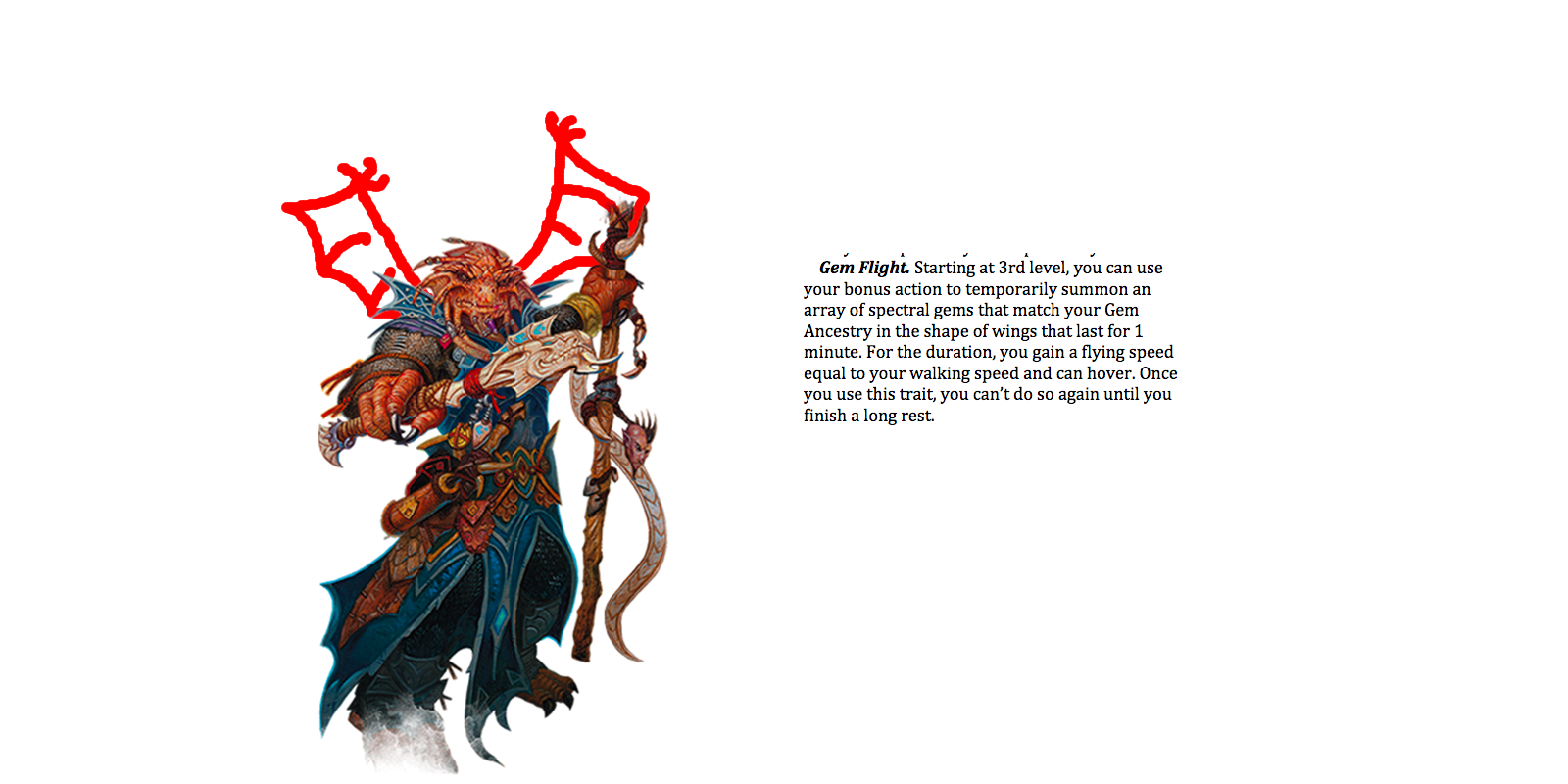 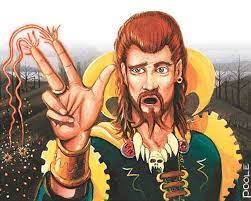 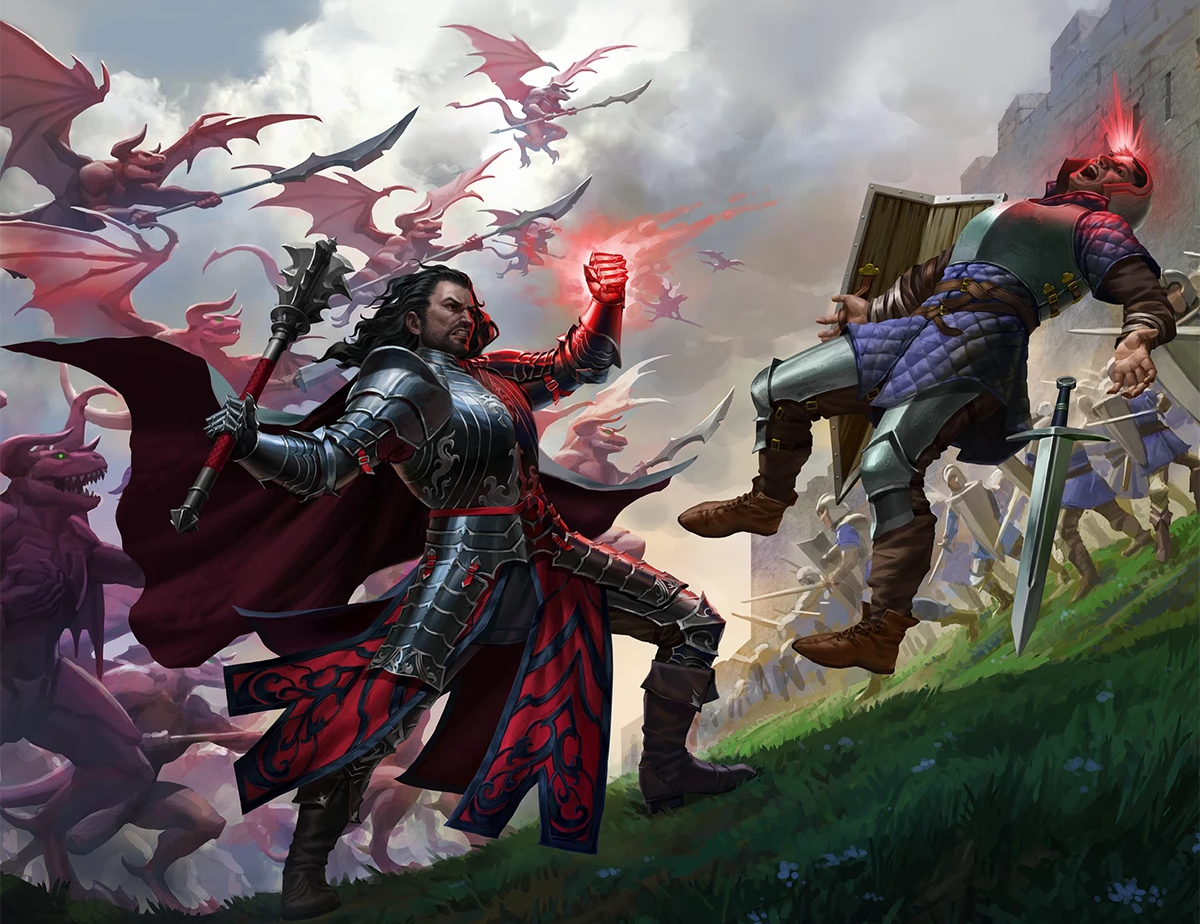 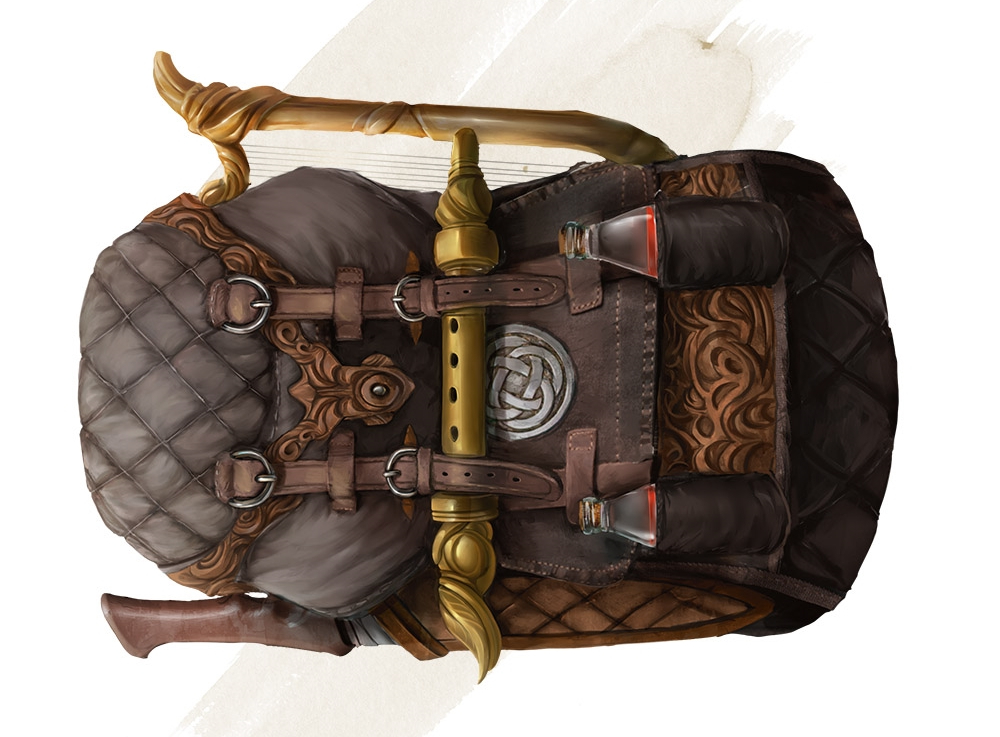